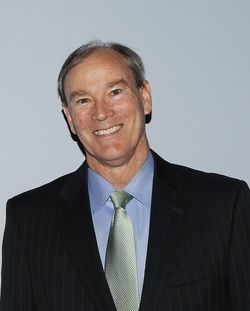 Under his leadership, SAP Center at San Jose (originally San Jose Arena) has been recognized as one of the most active and popular destinations for sports and entertainment in the world.  This has been accomplished, due in part, to the Arena Authority’s continued dedication in keeping the Center looking and operating like new.  To date, Chris and the Arena Authority Board have overseen the investment of over 25M in capital funding for Center improvements.  His active involvement in the implementation of a comprehensive transportation and parking management plan at SAP Center at San Jose has played a critical role in the Center’s continued operational success.

Additionally, Chris has championed and directed the Arena Authority’s organizational expansion to include administrative oversight of Solar4America Ice at San Jose (the San Jose Sharks and San Jose Barracuda public ice training facility), Excite Ballpark Home of the San Jose Giants (the Class A San Jose professional baseball team), and the South Campus Operations Team.  Chris has also stewarded the expansion of many of the Arena Authority’s popular community-based programs.  Widely recognized for his work in the community, Chris has received honors from, among others, Community Leadership San Jose, the San Jose Convention and Visitors Bureau, the Mayor and City Council of San Jose, the San Jose Sports Hall of Fame, and the City of San Jose’s Department of Transportation.

A Bay Area native, Chris began his public service career in Palo Alto and eventually rose to a position with the Belmont City Manager’s Office.  An exceptional prep and collegiate athlete, Chris graduated from San Jose’s prestigious Bellarmine College Preparatory.  He completed his undergraduate studies at the University of California at Berkeley and received a Masters Degree (with distinction) in Public Administration from Notre Dame de Namur University.